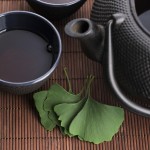 Less is more. The simple statement has never been truer than when applied to the herb known as gingko biloba. Considered a living fossil, ginkgo biloba remains as one of the only ancient plans still thriving on the planet today. Today, the tea made from the plant provides a bountiful source of wellness to the human body. Ginkgo biloba’s many health benefits packed into a single herb make for getting more with less.

Antioxidants protect your body from cancerous activity by balancing out unstable molecules known as free radicals. The flavonoids and terpenoids within ginkgo biloba tea are phytochemicals that behave as antioxidants, helping your body to combat the harmful effects of free radicals. Antioxidants are also said to help slow the aging process by prolonging the degeneration of cells.

Ginkgo biloba tea has great effect in stimulating blood flow within the body. Increased blood circulation benefits all parts of our body and keeps us more alert and energetic. People who experience leg pain due to a lack of circulation to the leg could potentially benefit from drinking the tea. Ginkgo biloba tea also removes plaque buildup from the arteries, helping to stop clogging in the bloodstream. 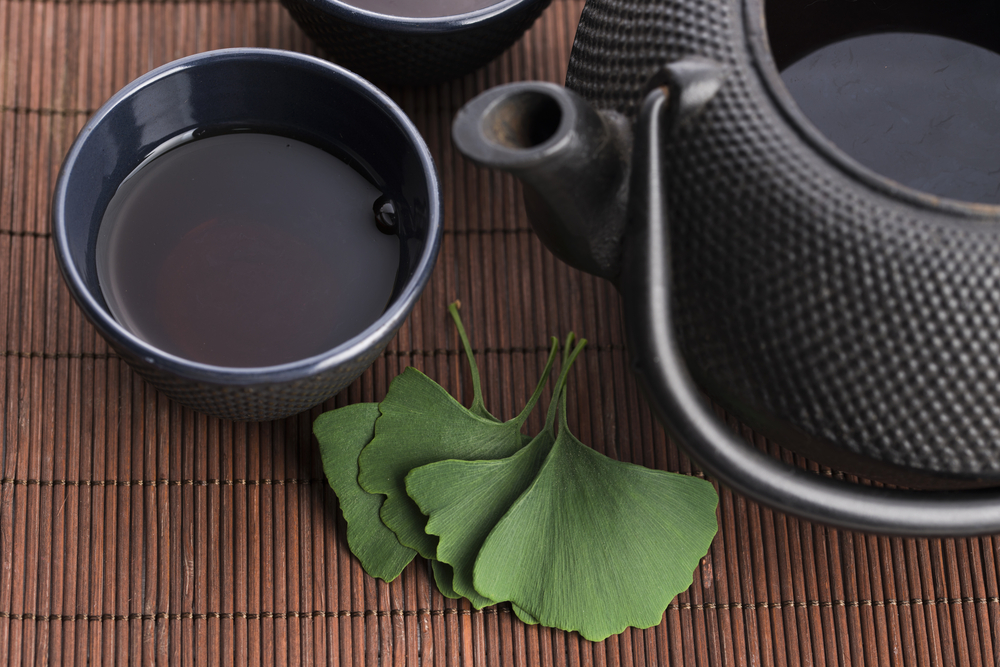 An intriguing ginkgo tree fact – the sole survivors of the atomic bomb blast over Hiroshima, Japan by the US in 1945 were several ginkgo biloba trees.

Another circulatory condition, Raynaud’s disease, makes certain parts of the body feel cold or numb in response to different temperatures and/or stress. The condition makes the arteries in the body that bring blood to the skin narrow, limiting the amount of blood that can get to the affected areas. Ginkgo biloba’s ability to help optimize circulation has served as a powerful tool for people suffering from Raynaud’s Disease.

Sometimes our emotions can get the best of us, leading to poor decision-making. Ginkgo biloba has the ability to help balance out hormones as well as regulate certain brain functions. Should it feel like you may risk your emotions flying off the handle, help keep your cool with a cup of ginkgo biloba tea.

As people get older, high cholesterol can arise as a common health problem. Starting a ginkgo biloba tea-drinking regimen can help to remove bad cholesterol from the blood stream, reducing the risk of cardiovascular disease.

Mental health is extremely important to take care of throughout your life, especially to keep alert as the years go on. Scientific studies concerning the effects of ginkgo biloba have resulted in the tea garnering a favorable standing as an aid in optimal brain function. The tea has shown promise in reducing symptoms of Alzheimer’s disease and dementia, probably due to its ability to help protect nerve cells from damage.

Women experiencing severe PMS symptoms may want to give ginkgo biloba tea a try for its hormone-balancing effects. Many women find the tea to be a great aid when ingested during their period. The tea’s ability to help regulate blood flow makes it useful as an emmenagogue, making it a tea all women should consider.

Do More With Less

Ginkgo biloba tea serves as a one-stop shop of health benefits, helping with immediate problems while also laying the groundwork for vitality into old age. With everything that ginkgo biloba can do for the body, you should definitely consider adding ginkgo biloba to your arsenal of teas. For any further questions about the benefits of drinking ginkgo biloba tea, feel free to contact us.